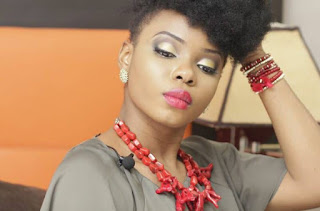 Yemi Alade has reacted to the news of President Muhammadu Buhari appointing a new chief of staff.
After the death of the former Nigerian chief of staff, Abba Kyari on the 17th of April, 2020, the question of who will replace him has had people talking. Kyari passed away while he was receiving treatment after testing positive for coronavirus.  However, a few days after his death, the Nigerian President Muhammadu Buhari announced that he had appointed someone to fill in the empty office.
The appointment of  Professor Agboola Ibrahim Gambari as the chief of staff came as a surprise to many. The professor was the former Deputy Secretary-General of the United Nations for the department of political affairs and is an indigene of Kwara state. The “Shekere” singer took to Twitter to express her disappointment in the president’s choice.
She stated her reason for being against the new Chief of Staff was that he was 75 years old and even older than the former chief of staff. She wrote “75 years old as chief of Staff. God save Nigeria.”


75 years old as chief of Staff. God save Nigeria.

You Want To Rescue Us, But You Haven’t Rescued Yourself – Yemi Alade Writes Open To The Nigerian Govt