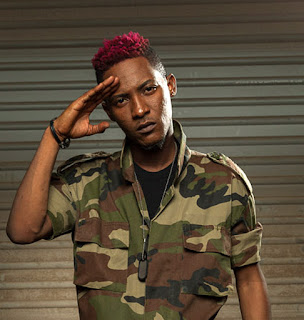 Nigerian rapper and producer, Jesse Garba Abaga popularly known as Jesse Jagz has announced the release date for his coming album  “Garba”.
The singer took to his Twitter page a few hours to share the release date for the self-titled album “Garba“. He added that the project would be released on the 29th of May, 2020
This would be his 5th studio album after Jag of All Tradez (2010), Jagz Nation, Vol.1. Thy Nation Come (2013), Jagz Nation Vol. 2: Royal Niger Company (2014), and Odysseus (2017)