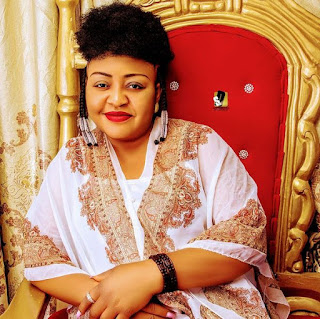 Known for her buzzing Mothers song, “Nne Nne” which she performed while she was known as Mrs Vivian and later on, out of popular demand released the remix of the song but now she is known as Vivian Ike. She featured Nollywood star Ojadiligbo on the new remix and also released the video for “Nne Nne Remix” which was nominated for ‘Song Of The Week’ on popular Radio station Jay Fm.

In a new post via her facebook page, Vivian Ike released a snippet for her next song, the video showed her in the studio making the hit.