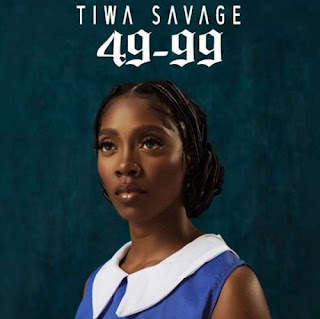 Tiwa Savage releases a new music video titled “49-99”.
Tiwa Savage presents her new single title “49-99“, which serves as her debut for 2019 and after her Mavin exit. This new record is a mid tempo vibe with production credit from Pheelz.

“49-99” talks about her been the hottest cake in the industry, that why she hustle daily with sleepless night so she can afford the flashy things needed to be a top star and not be the girl that will be waiting for Uber and chasing Keke up and down. Tiwa says she is now wealthy after much work and she is here to kill everyone with her Mulla.

Watch, Listen and Enjoy the video directed by Meji Alabi below