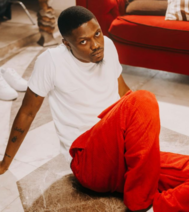 Nigerian singer, Olanrewaju Ogunmefun, popularly known as Vector took to his Twitter page to support OAP Ahmed Isah of brekete radio for physically assaulting a woman during an interview.

A viral video of the OAP slapping a woman who admitted to setting her brother’s daughter on fire hit the internet.  In an interview with Ahmed, she admitted she carried out the evil act on the basis of the young girl being a witch.
When Ahmed Isah asked her if she had other reasons, she unremorsefully told him she had no reasons apart from that of the girl being a  witch. Ahmed Isah lost his temper and slapped the Woman.
Watch Video

The video has stirred mixed reactions allover the internet. Including Vector, who commended Ahmed Isah for Disciplining her for her evil acts.

But we all know human beings need “slap” sometimes right?
If na Demond dem light una go say na human right abuse 😂?
Some people deserve mending period. Apologies later but in the moment, collect make you for remember say you collect when you do rubbish since you no get sense.