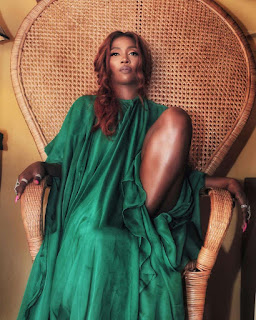 Tiwa Savage has revealed the title of her forthcoming album.
currently signed to Motown records, a Subsidiary of Universal music will be out to grab the attention of music lovers with her soon to drop album which is titled “Celia“
So far Tiwa has released three projects, Once Upon a Time (2013), R.E.D (2015), and Sugarcane (2017), and all three were critically acclaimed albums.  Taking to her Twitter and Instagram social media pages to speak on the project. Tiwa Savage wrote: @motownrecords says it’s go time. This body of work is SPECIAL ?????? Album “Celia” UP NEXT. All I need you to do is listen ??