Famous Nigerian rapper, Falz has reacted to reports of the National Drug Law Enforcement agency (NDLEA) destroying cocaine worth N194bn seized from a warehouse in the Ikorodu area of Lagos.

Reports came in earlier that the warehouse located in a concealed estate in Ikorodu was raided on Sunday, Sept 18, and the drug barons were arrested in their hideouts.

In a new development, NDLEA has released a video showing the moment they destroyed the hard substance with fire barely two weeks after they were confiscated. 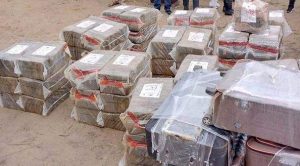 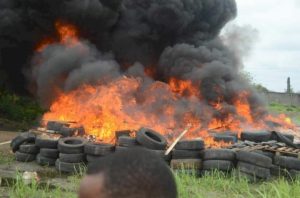 In response to the news, Falz, a lawyer and activist, took to Twitter to tackle NDLEA for burning the evidence of an ongoing case when the suspects have not been tried in court

He described the drug saga as ‘lamba’ – a big fat lie, and said the government must think Nigerians are foolish for them to pull such a stunt.

“This administration must really think that we are daft sha!! What is this lamba that the NDLEA is giving with this cocaine seizure saga? Dem dey burn evidence?”

This administration must really think that we are daft sha!!
What is this lamba that the NDLEA is giving with this cocaine seizure saga? Dem dey burn evidence? 🤦🏽‍♂️

“I Promised To Remain A Virgin Till Marriage” – Ashmusy

“No Man Can Put Asunder” – Yul Edochie Says As He Publicly Embraces First Wife, May, Amid Second Wife Saga (Video)