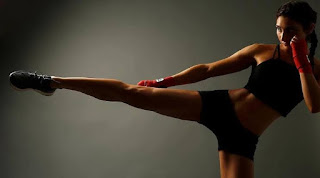 We were at Netcafe the other day just having fun. Meanwhile, a guy and his babe were on another table having fun too but disturbing the whole room with their weird and loud noise. It’s either they own the building or the business or they’ve got the management under a spell. It got to a point that my girlfriend couldn’t take it anymore. She looked at me and said “Michael, hope you have power now to fight?” This babe is scared of nothing. She can go into a lion’s den and take the lion’s dinner and nothing will happen. She can beat me up fair and square. Forget the fact that she’s just a lady. I was scared cause I know what she can do and it will definitely get me into trouble. This reminds me of the fight this babe got me into.

We were at a garden around CBN, Tuscany gardens I think. She wanted a celebrity kinda picture- I’m not a photographer but I’m so good with cameras. Sometimes I wonder why I didn’t go to a photography school. Like I could give you a shot that will make the world’s best photographer question his skills. Coupled with the fact that I’m also a graphic designer – though not a good one. After taking few shots we decided to rest a bit and talk, play or do whatever we seem fit for us. Women like to talk sha. In between the talk and gist and play she said, “eheehn, Come let me teach you how to kiss sef before you goan disgrace me outside” “what do you mean?” are you trynna say that I might cheat on you with another girl?” “Mumu, who is saying that? Do you want to learn or not?” She said with a smirk on her face. Well I was eager to learn sha cause I don’t want to disappoint her the next time when we kiss and I’m really an amateur when it comes to this aspect. Don’t blame me. I’ve been a good boy since birth and I don’t do bad things. “It’s not like that na”, she said while hitting my hand.

“Do it like this” we continued the same routine, intentionally making the mistakes but after plenty slaps to my arm, my brain decided to have sense and learn. It was going smoothly when suddenly we were startled by the voice of a girl “See this yeye people kissing in public, no manners at all” as if that was not sufficient, she added a long disappointing hiss to it. It was like the screech of a tire drifting into a sharp corner….”mtcheeeeeeeeeeew” Damn… this rang in my head but I was enjoying my exercise but my lady took it differently. I didn’t bother about the stupid girl’s comment cause there were no children there and besides, its not a festive season so the numbers of people at the garden were not much. “Wait what?”, my babe said. Shocked to hear that kinda comment. I told her not to bother Cause Mumu children will always talk but this babe was annoyed already. She stood up annoyingly and went to meet the babe with the kind of rage that if not quenched might put a permanent mark on the girl’s face. I quickly went after her and held her back but deep down ehn I wanted my babe to finish this yeye Girl but I’m a gentle man sha. There is one thing that I won’t ever do with this girl. Talk back at her. She’s endowed with words. She isn’t just mouthed but super mouthed.

Don’t try it or she will finish you and you entire existence. Well after she finished this babe with words that I couldn’t even comprehend, the scardy little whimp of a girl, with tears in her eyes ran off like a dog that has been injured in a battle. “next time, learn how to control your mouth and mind your business” my babe added. I wasn’t surprised though cause I knew what she can do. Omni mouthed babe. Five minutes later, that spoilt little girl came back with her boyfriend. “This guy’s bigger than I am. He looks like a wrestler but one could tell that he does not gym. He was just blessed with body and shit. To be honest, I was scared cause with the kinda rage from this guy’s face, he could just kill me and my GF without so much stress. Was expecting man to come finish me off but I guess he chickened out and started talking at us. Insulting and cursing. Now there’s sone thing that I cannot take and that is insulting my babe. I don’t care if you are going to beat me up but I’m surely gonna get mad at you. “heeyyyys, young man” i stood up from the mat we were sitting and went to meet the guy. “never you in your entire and miserable life insult my woman. Insult me all you can i won’t mind. That lady sitting there is a no-go-zone.” The conversation got so tensed that I was ready to fight this guy and his girlfriend if need be “Michael, No, don’t do it. it’s okay. Let’s just go home” my babe said to me trying to calm me down. “No, I’ve got this” gesturing with my hands to her. When I’m angry, there’s nobody that I can’t shout at. I’ve ever insulted a Soldier cause I was furious but you know how the story ened na so no need to go further.

Back to my fight with this idiot children. We exchanged few words and the next thing I remembered was a fist coming towards my face. I woke up in a hospital. “He’s opening his eyes” my babe called out to the doctor who was attending to me. “Where am I” was the first word I said. “You are in a hospital stupid boy. You cannot even defend your woman. Mad boy its only mouth that you have.” She let out an annoying laugh then she stopped and said the most sweetest thing to me ” “But It’s cool the way you defended me though.” She rubbed my head afterwards. She knew well that I love it when she rubs my hair. Now I remember. I was in a heated argument or exchange of words with one stupid boy like that. I sat up and when I looked around, I saw this same hitler of a guy sitting a chair with blood stains all over his face. His face was swollen like he was attacked by a band of arm robbers. His babe was beside him too sitting and holding he guy, shaking like someone convulsing. I wanted laughing but my jaw was paining me seriously. What happened to him I asked my babe. She didn’t reply. She just gave a weird smile. I asked again but she said “Nothing” Now I knew that she was lying. She says “nothing” when she’s lying. The Doctor said that she was the my girlfriend brought both of us in and according to the other girl, i.e the stupid boy’s gf, My girlfriend beat him up. My own girlfriend. I couldn’t fathom what the Doctor said cause the girl I know cannot beat anybody. Some one that i used to win in arm wrestling beat up a guy as big as that? I was forced to laugh but my jaw told me to stop after a shape pain. These people are serious sha. I didn’t totally believe them until 2 days after when I was okay to check my camera and get the pictures. Apparently, I had left the camera on recording before I went to meet this guy.

The video was long sha like 30 minutes. That’s when I saw how i went flat on the ground after the punch and how my own babe beat the hell outta this guy. Like she literally rub the guy’s mouth on the grass. The stupid girlfriend didn’t even try to save her boyfriend. She was just screaming like the bitch that she is. I laughed the hell outta myself but was disappointed that a single blow knocked me out and at the same time, I became super scared of this girl. How can I be dating such a skillful fighter? what if she get angry and decide to flex her muscle again. My corpse wont be found sef cause she’ll beat me to pulp.

Before I could say anything, this girl stood up, walked to the noise maker’s table and created spoilt someone’s date. “James, Is that you?” I was looking at them, surprised that she knew the guy. “so you think you can cheat on me without me finding out? so this is the girl you’ve been hanging out with.” she said running her hands on the air, measuring the girl from her scalp to her feet and also putting on a displeased and disappointing look. “David, who is this? the strange lady asked.” ” I am his wife young lady. Mrs Richard married with a child. Oh so he said he’s name is David right? That’s our son’s name” This lady was so mad that she furiously took her bag and started for the door. The mumu boy couldn’t even say a word which made the drama more belivable Happiness is a drama queen. She gave the girl the impression that she was the side chick and has been played by the guy she was with. The guy followed her and tried to explain like “babe I dont this girl frm anywhere” ahap the did has been done. Mission Accomplished. She came back to sit with me and grinning happily. This babe have put me in trouble sha again and this time, we might not be as lucky as the last time. This guy might be stronger than both of us together. I wasn’t settled again but Happiness was perfectly fine. Sipping her drink and enjoying her cake. The cake sudenly became bitter when I sighted the Guy coming towards our table. He banged the table but my super hero girlfriend, happiness did not show a sign of fear Instead, she commented “Who is that idiot hitting my table anyhow?” I don’t want o disappoint her so I went with the flow. After all he won’t want to start a fight here. “It’s one begger, babe can you pass me my wallet lemme find something for him. The guy was angry but before he could say anything, I brought out my phone and thank God the wallpaper was a picture of I and my babe in soldier Uniform. Complete Khaki. I’m a graphic designer na so I did a photo manipulation. The guy was too dumb to notice. To make matters worse for the guy there was a soldier Van packed outside. He thought it belonged to us. Mission Accomplished- the meltdown. Instead of the guy to complain or talk rubbish, he knelt down in front of everyone and started begging I and my babe. There was nothing this guy did not say. My babe was just putting fire. Shey you can knack someone’s table anyhow abi? You will knack this table till you die. “Babe, just let him go. He’s learnt his lesson already.” “Thank You Sir, Thank you very much.” The guy hurriedly left the eatery and didn’t looked back. We bursted into laughter as the guy scampered off. Trust us we left some minutes after the guy left to avoid stories that touch. The soldier that owns the car outside might want to leave anytime soon and our cover will be blown. I survived today without a fight and I thank God
.