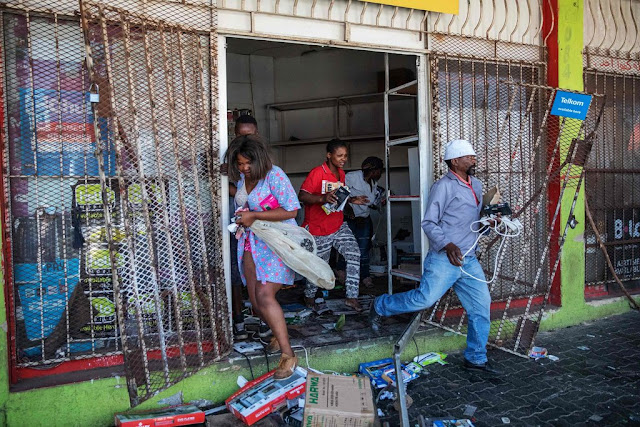 Looting and violence spread across several neighborhoods in the major cities of Pretoria and Johannesburg. It followed a spate of overnight attacks which appeared to target foreign-owned shops.
At least 50 shops were looted and burned in the southern Johannesburg suburbs of Malvern and Jeppestown. Police fired rubber bullets at looters as burnt cars were stranded on the roads.
Bheki Cele, South African Police Minister said: “For me, it’s pure criminality, people looting and all that, and using that as xenophobia. But for now there is nothing that has sparked any form of conflict between South Africans and foreign nationals.

“We dealing with criminality rather than xenophobia at the present moment,” he added.

Police arrested 41 people for the violence in Johannesburg, while 8 others were arrested in Tembisa township, east of Johannesburg, and one person arrested in the capitol Pretoria, police said.
Monday’s violence followed similar incidents in Pretoria last week, in which protests led by taxi drivers saw several foreign-owned shops looted and torched.
Such violence breaks out sporadically in South Africa, where many nationals blame foreigners for high unemployment, particularly in manual labor.

Last week, Human Rights Watch reported that dozens of truck drivers in the country had died in attacks against foreigners since March 2018. 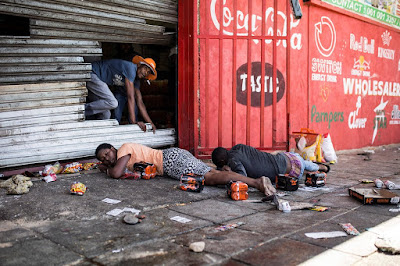 Nigeria’s government in a statement condemned the violence of Monday September 2 but citizens on social media have severally condemned the violence and called for drastic action.
A 2017 video of South Africa’s former Deputy Police Minister, Bongani Mkongi, shared by a local portal, The Signal Nigeria, has got Nigerians rattled.
Tweeps are calling for an economic boycott that could adversely affect South African business interests in Nigeria. Already there are calls for boycott of among others, MTN, Shoprite, DSTv and Stanbic bank.
A number of people are, however, quick to point out that the boycott will affect mostly Nigerians because most employees of these outlets are locals.

The South African government said it has arrested 70 suspects in connection with the xenophobic attacks on Nigerians and other foreign nationals.
In response South Africa reports it has arrested suspected rioters.
The suspects were nabbed in Johannesburg and Pretoria while looting property belonging to foreigners. 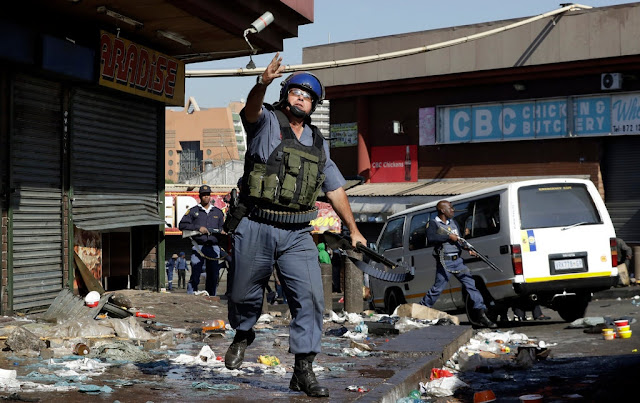 The acting South African High Commissioner to Nigeria, Bobby Moroe, disclosed this during a meeting with the Minister of Foreign Affairs, Geoffrey Onyema, in Abuja, today.

He explained that the attackers also burnt down Shoprite and Spar, noting that the SA government “has risen to the occasion.”

meanwhile Instagram is flooded with disturbing videos of violence against Nigerians and othe Nationals, videos of Gun fights brutal killings and so on….

React and drop your comments below!!!

Ycee & South African Rapper; AKA Attack Each Other On Twitter Over Xenophobic Attack