SLASH E, real name EMMANUEL UGOCHUKWU OKECHI, is a Nigerian crooner who is on the rise and is one of the promising musicians in the industry with his studio songs and entertainment in general. 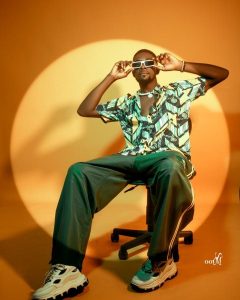 He is From IMO STATE was born and raised in Port Harcourt, Rivers State in Nigeria.

Like all the opposite featured celebrities, SLASH E additionally has a really energetic and profitable profession within the leisure trade. He comes from a lower-class household and it appears that he’s following his desires.

He Studied Electrical engineering in Federal polytechnic Nekede Owerri, where he obtained his HND certificates. AND he is into Electrical security as a CCTV CAMERA FIRE ALARM AND BURGLARY ALARM specialist .

He is an Afro-pop singer, Rapper, songwriter, Actor and Dj. He began his Musical career in secondary school while dropping regular freestyles with few of his classmates, moving on he started rapping.