Shocking!!! Cardi B Reveals She was Sexually Harassed By A Photographer During A Shoot 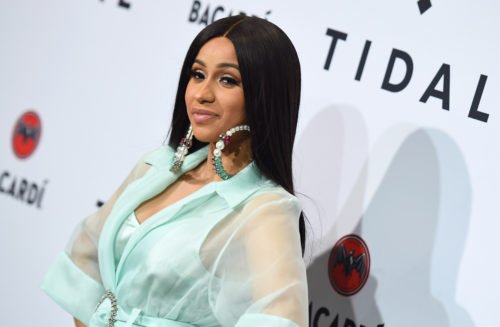 American rapper, Cardi B has revealed that she was sexually harassed by a photographer during a photoshoot.

Cardi B made the shocking revelation about how she was sexually harassed in a new episode of an upcoming documentary, “Untold Stories of Hip Hop,”. The rapper, in the first episode revealed how she was sexually harassed by a photographer during a photoshoot. According to her, she couldn’t believe that she could be treated in such a disgusting manner
“I will never forget how I went to shoot for this magazine and the photographer, he was trying to get close to me like, ‘Yeah, you want to get in this magazine?’ Then he pulled his d**k out! I was so f**king mad,” Cardi revealed. “I was just like, ‘This is crazy.’”
Cardi B got angry and reported the incident to the editor of the magazine and his response didn’t help matters
“I was like, ‘[You’re] f**king bugging. You know what? I’m out,’” she continued. “You know what’s so crazy? I told the magazine owner and he just looked at me like, ‘So? And?’”

please let us know your thoughts on this drop your comments bellow!!!

Cardi B Gives Birth To Her Second Child With Rapper Offset

Cardi B Makes Up With Offset After Filing For Divorce, Says She Missed His D*ck