A Nigerian man, who has chosen to remain anonymous, has sought advice from a public discussion group following his girlfriend’s unusual circumstance.

Wondering how possible it is for a lady to get pregnant without having s*x, the embattled young man expressed shock after a doctor confirmed to him that his virgin girlfriend is pregnant.
Though he confessed to trying to deflower the girl at one time, he maintain that there was no penetration even though there was a bit of contact.


“I only tried to deflower her, when i saw that it was too tight and she was crying, I couldn’t so I told her that we should do a relationship without s*x till wen we get married (there was small contact small).
“Three weeks later, she started complaining that her body is changing and no menstruation.
“Now, I took her to the hospital and the doctor said she is pregnant.
“I don die!! As I argue with the doctor, he told be to Google “can a virgin get pregnant” and this is what came out.
“I still no believe, I tested the girl again, she is still a virgin.”
“Which kind wahala be this for something wey no do, Mr. Jay, help me..what can I do?” 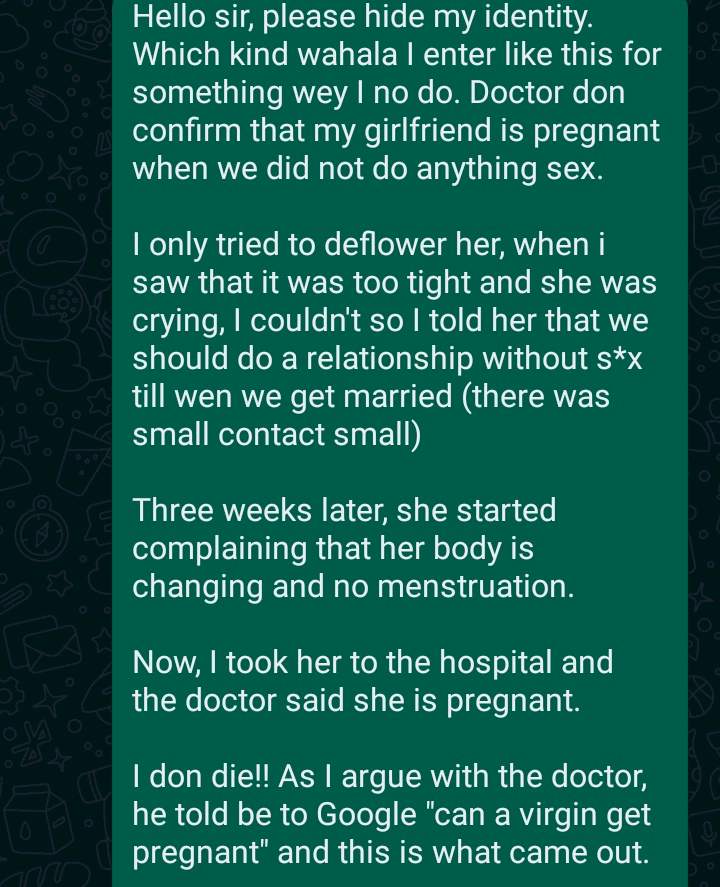 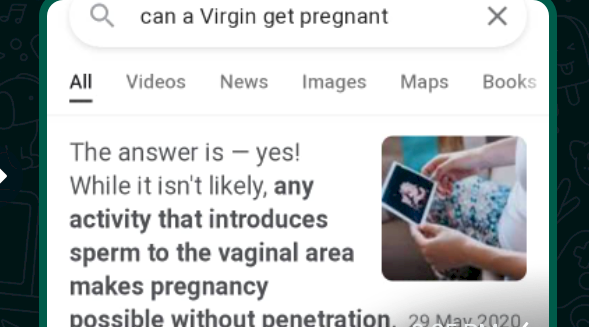