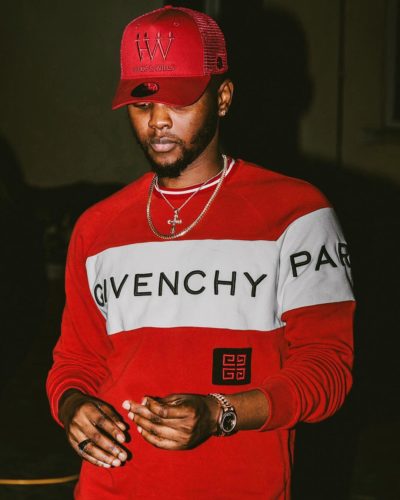 Sensational singer, Kizz Daniel has got a new tattoo and he couldn’t resist the urge to flaunt it on the gram.

Artistes most of the time get inked to remember special memories of their current or past experiences. Kizz Daniel who announced that he would be dropping to his third album “King Of Love” this year took to his Instagram page to share a photo of his new tattoo.

The “Jaho” singer shocked his over 6.5 million followers when he deleted all his photos on the gram recently probably to mark the start of a new beginning but later shared the photo of his new tats which has the title of his forthcoming album “King Of Love” inscribed on it. This new tattoo signifies that fans should expect the best and also an album that would never erase from their memories.

See the photo below: