Mental expert, Blessing Okoro has revealed how she paid over N3 million for butt enlargement surgery.

Recall that the influencer had revealed that she intends to go under the knife; she later shared the result of the surgery on her Instagram page displaying pictures of her newly acquired bum. 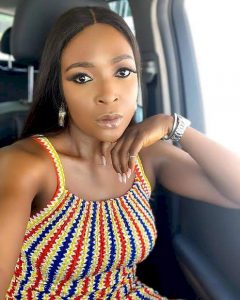 In a podcast, Frankly Speaking, which featured some notable celebrities, Blessing Okoro revealed the reason of disclosing her intention to go through the surgery For Her Butt Enlargement Surgery.

According to her, she wanted to control the narrative because keeping it a secret wasn’t the best idea as it would have still been leaked.

When she was asked by Nedu Wazobia where she had done the procedure, she revealed that it was at Lekki and that the procedure had cost her over three million naira.

Watch her speak below;

“I did it in Lekki for over 3 million. Almost everybody did their body in Lagos”