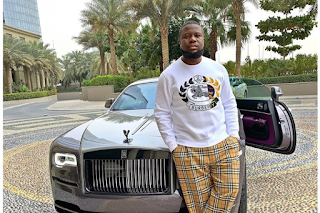 Gal Pissetzky, a Chicago-based lawyer, has denied rumours insinuating the release of Ramoni Abbas, Popularly kniown as Hushpuppi an alleged multi-million dollar fraudster facing charges in the U.S.
On Wednesday, screenshots of the Bureau of Prisons website, showing his release, went viral.
According to the details on the website, which were verified by this paper, Mr Abbas (popularly known as Huspuppi) was released on July 20.
Responding to PREMIUM TIMES’s enquiry, his legal representative, Mr Pissetzky, said the bureau’s records showed ‘released’ because of his transfer to California.
“These reports are not true. He has not been released. The Bureau of prisons website shows that he was released simply because he is being transferred now to California,” he said on Wednesday evening.”
Mr Abbas’s case was transferred from Illinois to the Central District of California for prosecution, last Monday.
Mr Abbas, 37, who was resident in Dubai and known for flaunting extravagant lifestyle on social media, was arrested last month over wire fraud allegations. He was extradited to the U.S on July 3.
The Federal Bureau of Investigation had earlier alleged that Mr Abbas was part of a network that made “hundreds of millions of dollars” from business email compromise frauds and other scams.
Also, the American government said Mr Abbas funded his extravagant lifestyle with stolen money.