Former Styl Plus Singer, Tunde Finally Reveals Why He Left The Music Group 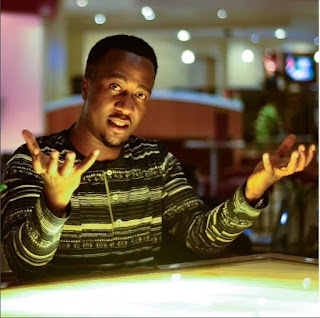 Tunde Akinsanmi, a former member of the popular music group, Styl Plus, has revealed why he left the group.
In a recent interview with Leadership, the R&B singer revealed that the group was already losing its name, and things needed to changed. Tunde revealed that the group wasn’t getting shows anymore and wasn’t recording new songs, adding that he got restless at a point of his musical career.  According to him, he decided to go solo because other members of the music group, were not welcoming his ideas
“Most of the time there are different reasons why people break up, I believe you have to agree to be together. I have to trust you to have good intentions for me for it to work, once all these are questionable, it can’t work the way it supposes to.
“Let me put it this way, it’s really something that is not that serious, I’m a happy guy at this point in my life. I like getting things done, creating things and if the only way I can work with you is compromised then there is a problem. For a long time, we have been working together because I decided to do things in certain ways.
“I’m a loyal guy, I might branch to other things till when you are ready. As at that time in 2012 when I left, we weren’t getting shows anymore and we weren’t recording new songs, people always asked the question where is Styl-Plus? Why are you not doing a new album?
“How will it be that when they call Styl-Plus we are doing songs we did in 2006 and so on, what happened to us doing new songs, imagine you call 2face and the song he still singing is African Queen ” and that’s all you can add to his name, I got restless and I decided to do other things, which I thought if they were cool with that, we could still work together, but they didn’t want that at that point it was like we were on a downward spiral and nothing was happening.