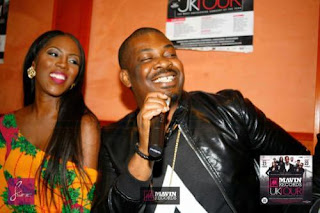 Davido, Tiwa Savage, Falz, Don Jazzy, Burna Boy, 2Baba, and others have been summoned to court over their involvement in the #EndSARS movements.

The #EndSARS movement seems to have taken a new turn as one Kenechukwu Okeke, a human rights activist has taken legal action against the artistes and influencers that are involved with the movement. According to a document that was revealed to the public by social media influencer, Pamilerin, 38 individuals who were actively involved in the #EndSARS movement were charged to court.

We made the list again 🙌🏽 Glory be to God. We meet in court 🤡 pic.twitter.com/lDREaf3RYY