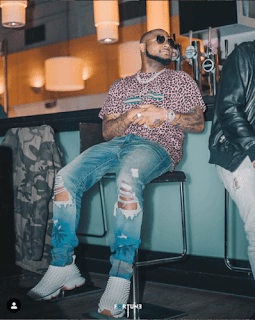 Davido has revealed that his forthcoming album, “A Better Time” was recorded in fourteen days.
Davido had recently announced via social media that he would be releasing his third studio album in July which is titled “A Better Time”. He also announced that American rapper, Nicki Minaj, and Nigerias Tiwa Savage would be on the album. Peruzzi also spoke about his collaboration with the American rapper, revealing that Nicki sent in her verse two days after she got the beat.
According to Davido, “A Better Time” album which will be preceded by his 2019  “A Good Time” album was recorded in just 2 weeks (14 days). He wrote: “We recorded #ABT IN 14 days ….”

May D Gets Officially Signed To Davido’s DMW Record Label