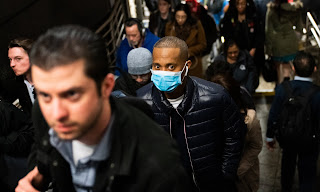 As the virus sweeps across the United States, it appears to be infecting and killing black Americans at a disproportionately high rate, according to a Washington Post analysis of early data from jurisdictions across the country.

Louisiana has the fourth largest number of Covid-19 cases in the country, and the majority of the Covid-19 deaths are in New Orleans, where black Americans constitute 60% of the population. “Slightly more than 70% of [coronavirus] deaths in Louisiana are African Americans,” the state’s governor, John Bel Edwards, said in a press conference on Monday. “That deserves more attention and we’re going to have to dig into that to see what we can do to slow that down.”

Midwestern cities including Detroit, Chicago and Milwaukee are also reporting an increasing imbalance.
Detroit, which is almost 80% black, has the most concentrated coronavirus cases in the state of Michigan. The death rate in the city accounts for 40% of overall deaths in the state. 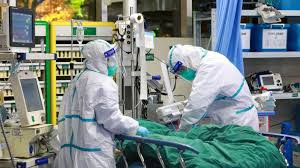 In Chicago, which is 30% black, black Americans account for 70% of all coronavirus cases in the city and more than half of the state’s deaths. “We know all too well that there are general disparities in health outcomes that play along racial lines and the same may be true for this virus,” said Ngozi Esike, director of the Illinois department of public health.

African Americans face a higher risk of exposure to the virus, mostly on account of concentrating in urban areas and working in essential industries. Only 20% of black workers reported being eligible to work from home, compared with about 30% of their white counterparts, according to the Economic Policy Institute.
The virus has killed a high number of older black men because of this, though there have also been outbreaks among women and young African Americans in the south.
Meanwhile, experts also point to initial research showing a high prevalence of Covid-19 among those suffering from obesity, high blood pressure and diabetes – risk factors more common among black Americans. The virus is known to take a harsher toll on those with underlying health issues, and many hospitals are only testing those admitted for critical care.
Del. Nick Mosby, a Democrat who represents Baltimore, has pushed for the data for weeks after he started hearing from friends, colleagues and his Omega Psi Phi fraternity brothers about black men who were infected or were dying of covid-19.
“It was kind of frightening,” Mosby said. “I started receiving calls about people I knew personally.”
In Washington, D.C., this week, district officials released race data for the first time, showing that the disease has killed African Americans in disproportionately high numbers. Nearly 60 percent of the District’s 22 fatalities were black, but African Americans make up about 46 percent of the city’s population.
Like many other jurisdictions, the District’s health officials don’t know the race of many people who have tested positive. In an interview with MSNBC on Tuesday, Mayor Muriel E. Bowser (D) said that the city lacked race data on half of all positive cases but that the existing data was enough for her to be “very fearful of the impact that this virus is going to have disproportionately on African Americans in our country.”
Dougherty County and the city of Albany, in rural southwest Georgia, have recorded the highest number of deaths in Georgia. Dougherty, with a population of 90,000, had 973 positive cases and 56 deaths as of Tuesday.
By contrast, Fulton County, which includes Atlanta and has a population of more than 1 million, had 1,185 cases and 39 deaths. Black residents make up 70 percent of Dougherty’s population and more than 90 percent of coronavirus deaths, said county coroner Michel Fowler.
“Historically, when America catches a cold, black America catches pneumonia,” Albany City Commissioner Demetrius Young said last week.
Elected officials and public-health experts have pointed to generations of discrimination and distrust between black communities and the health-care system. African Americans are also more likely to be uninsured and live in communities with inadequate health-care facilities.

As a result, African Americans have historically been disproportionately diagnosed with chronic diseases such as asthma, hypertension and diabetes — underlying conditions that experts say make covid-19 more lethal.

Vector – The Coronavirus Is A Good Thing, Backs Up Point With Bible Verses