The Academic Staff Union of Universities (ASUU) has been on strike since February 14, 2022 till date to press home the demands for improved funding for universities and a review of salaries for lecturers, among other issues. 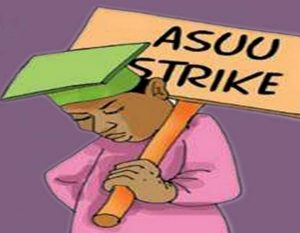 After various meetings between ASUU and the federal government to reach an agreement ended in a deadlock, the Federal Government referred the prolonged strike by ASUU to the National Industrial Court of Nigeria (NICN) for adjudication.

The federal government’s counsel, James Igwe, had applied for an interlocutory injunction to prevent ASUU from their persistent strike.

In his ruling in Abuja on Wednesday, Justice Polycarp Hamman granted the government’s application.

The judge held that the industrial action is detrimental to public university students who cannot afford to attend private tertiary institutions.

The court therefore restrained “ASUU, whether by themselves, members, agents, privies or howsoever called, from taking further steps and doing any act in continuance of the strike action pending the hearing and determination of the suit filed.”