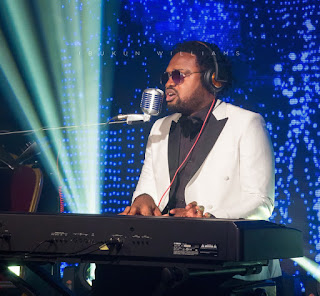 Cobhams Asuquo has delivered an amazing cover for ‘Nobody’ and it has surfaced online.
The singer took to Twitter earlier to reveal that he can’t seem to get enough and remake the smash hit  by DJ Neptune, Mr Eazi, and Jobeboy. DOWNLOAD ‘NOBODY’
The producer who is set to release his debut album very soon could be seen in the video making the remix of  the song. Cobhams gave a different feel and energy to the song and fans are hoping the producer and singers would link up for a remix.
Watch the video below:

[Album] Slimzy B – Jos To The World