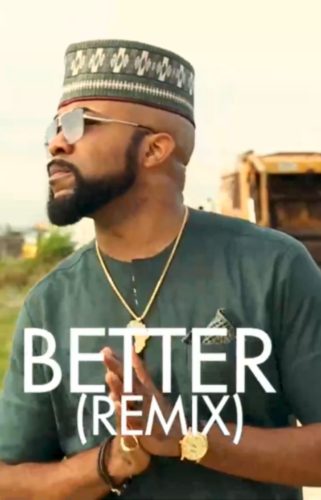 Banky W  returns to the music scene with a nice cover to Tekno’s song “Better”.

The talented RnB singer & rapper who has been off the music scene for a while due to his political ambition just to fight for a better nation & bring real change goes back to his Mic, dust it and jumps on Tekno’s conscious music which seeks for change ‘Better‘. Banky W uses his voice and music to speak the change he wants since he has no political office yet.

He said “They arrest the Protestor, and protect dishonourable Senators” – time to dust off the Mic. Here’s my #BetterChallenge, Download it bellow