Recall that the nollywood actress, Ada Ameh died during late hours of the night on July 17th and her family has released a statement announcing her burial date. 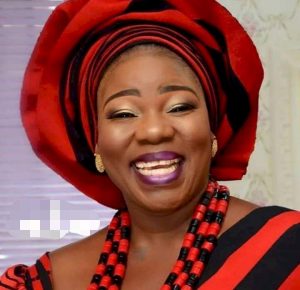 It was reported that she had suddenly slumped and died while being conveyed to the hospital in Warri, Delta state.

The cause of her death has been stated to be mental issues as well as a sudden heart attack.

Fans and colleagues have mourned the thespian, who was best known particularly for her role in the family drama, ‘The Johnsons’.

Late Ada Ameh’s junior sister, Abahi has revealed, on behalf of the family, have revealed the late actress burial date.

According to her sister, the date of the burial of Ada Ameh has been set for August 25th and 26th, 2022.

Confusion As Camerawoman Suddenly Goes Into Trance During Photoshoot (Video)